The horror stories have cropped up from tenants across the state: no heat, holes in the walls, rotten floors and flooded kitchens. In cases ranging from Glenwood Farms in Henrico to Aqua Vista in Newport News, residents’ complaints have continued even after property owners have been slapped with hundreds of code citations.

Housing advocates say legislation passed by the General Assembly on a bipartisan vote would have helped rein in the most negligent landlords. Now they’re questioning Gov. Glenn Youngkin’s veto of the bill from Del. Cia Price (D-Newport News), which received no critical testimony in committee and was backed by both the Virginia Poverty Law Center and the Virginia Apartment and Management Association.

“This is creating a safe space in Virginia for slumlords,” Price says. “I don't know what the governor was thinking but that's what the end result will be.”

Part of the problem now is that cities and counties don’t have great tools at their disposal to deal with absentee landlords, according to Christie Marra, director of housing advocacy at the VPLC. Their main mode of enforcement is citing landlords for code violations, which, if they don’t address, can result in fines as low as $50.

“Some slumlords find that it's a better business model to pay the fine than to actually put money into the repairs,” Marra says.

If the conditions continue to deteriorate, localities’ only real option is to condemn the building, a move which quickly displaces tenants in a tight housing market.

Price’s bill would give localities the ability to take legal action against landlords who don’t address serious violations in a reasonable time frame, including “a fire hazard or serious threat to the life, health, or safety of tenants or occupants.” Judges could order the landlord to make these repairs.

“And if the landlord doesn't make the repairs, that landlord can be held in civil contempt and sent to jail until he finds a way to make them,” Marra says.

In his veto, Youngkin said the legislation “contains unnecessary and duplicative provisions” and suggested tenants should also bear responsibility for conditions: “Landlords and tenants both have responsibilities to maintain safe, decent, and sanitary housing.” Marra said he appeared to misunderstand the bill since it was “not duplicative.”

Price called Youngkin’s claims “factually inaccurate” and said she was surprised by the veto. She said no one from the governor’s office reached out to her about the bill.

“I definitely am not quiet about things that I see going wrong, especially as it pertains to voting rights and civil rights,” said Price, who is a member of the Virginia Legislative Black Caucus. “To think that this might be personal is just beyond my comprehension because the people that actually lose out are residents of the commonwealth who the governor swore to protect.”

Eleven House Republicans and five Senate Republicans joined Democrats in voting for the bill. Price will need to recruit a handful more in order to have the two-thirds majority in each chamber needed to override Youngkin’s veto. She said she had little hope Republicans would override any of Youngkin’s 26 vetoes – all bills passed with bipartisan support that were sponsored by Democrats.

The former co-CEO of Carlyle Group faced scrutiny during last year’s election over the private equity firm’s real estate business. The company has been accused of hiking rents and stepping up evictions after acquiring mobile home parks during Youngkin’s time at the company. 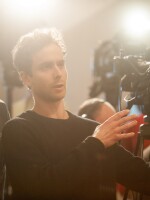